Are you involved in a community event? 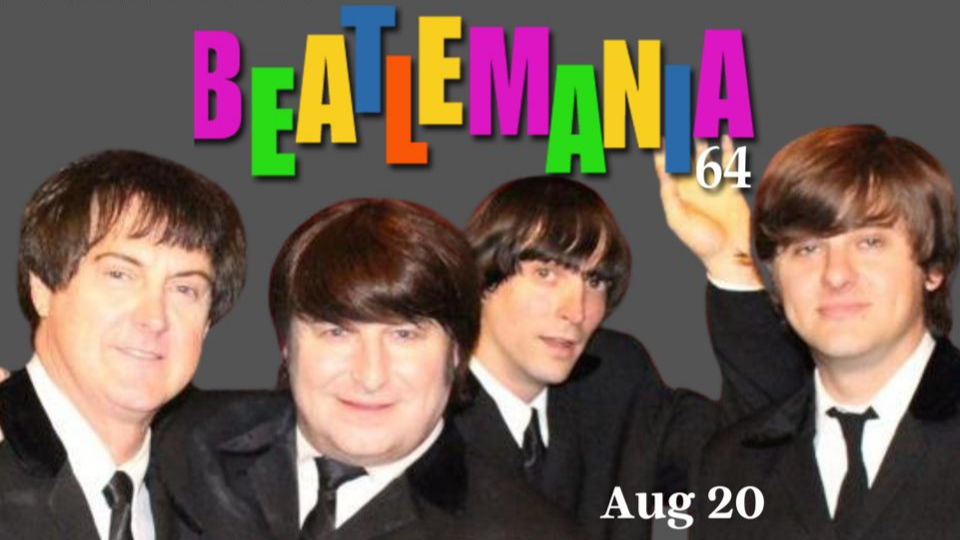 Beatlemania is produced by Stardom Entertainment.

Beatlemania64 kicks off with Shake Rattle & Roll, doo-wop group from East Texas, with their rocking pre-show!. The ladies will have you rockin' n rollin' in your seats setting the stage for the Beatles.

A TRIBUTE TO THE BEATLES is a live multi-media spectacle that takes you on a musical journey through the life and times of the world’s most celebrated band.

Beatlemania64 performs the hits that you know and love from the vast anthology of Beatles classics, such as “I Want To Hold Your Hand,” “Hard Day’s Night,” From Me to You), to name a few.

This stunning live concert event takes you back to Beatlemania in its heyday in the year 1964. The cast of The Four Fabs portrays the legendary foursome delivering a note-for-note theatrical event that is the next best thing to The Beatles.

Over one million fans have attended their performances, featuring period costumes, instruments, and a high-energy show that pleases audiences of all ages.