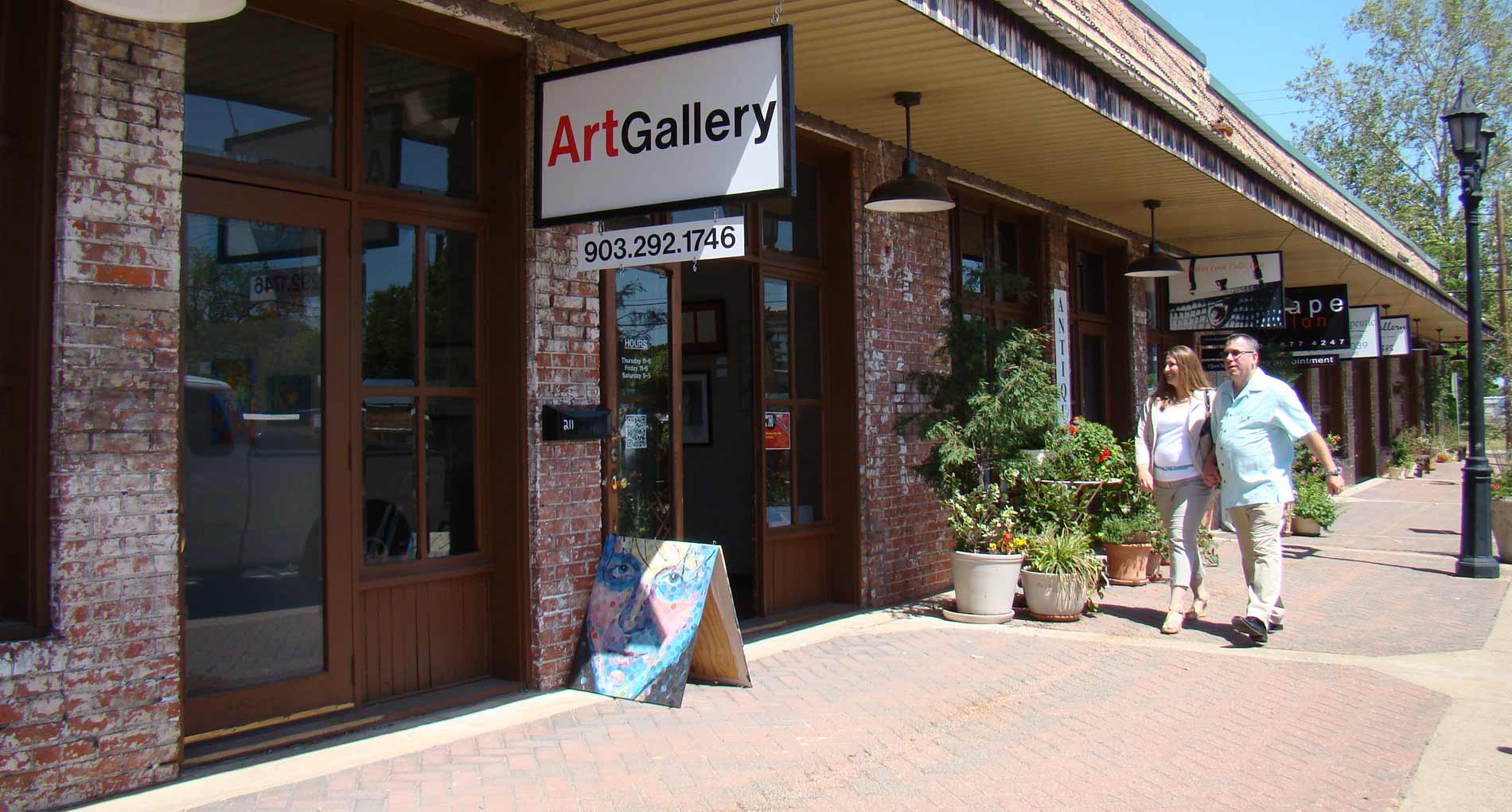 The square in Athens continues to grow as a shopping destination, even in the face of a pandemic.

All four owners are as excited about Athens as the City is to have them.

Atticus & Co.
Florence and Boog Ferrell have created a retail space that is about more than just sales. It is about creating community and giving back. The store's Motto is "Find the Good" and the Ferrells give 3 percent of their sales to nonprofits.
"It is just love for your neighbor," said Florence.
They describe themselves as "focusing on heritage brands, consciously sourced goods for men, women, home and gifts." When you think Atticus & Company, think about the great outdoors. It is a store that evokes hiking trails and great camping trips, with something for everyone.
"You can walk in with your whole family and they're all going to find something," said Florence.
The store stocks a range of products coming from independent makers in Texas.
"We wanted to provide makers who were from Texas or made in the United States. We really wanted to highlight independent makers," said Florence, who handpicks the store's merchandise. "I want to buy product to display here because I fall in love with the story."
Being in Athens was important to the Ferrells and so far that decision is paying off.
"The people in Athens have been amazing," she said. "It's been great. I am so proud of Athens."
Find them:

Situated on the north side of the Athens Square, Barbara's Corner is more than a store. Covering almost 10,000 square feet and featuring 45 vendors, it is an antique lover's paradise.

"I used to drive through the square and say one day I'm going to have a business on this square," she said.

The store has a little bit of everything to keep a shopper happy because, as a vendor herself, Barbara knows what people want. She started in the location as a vendor, renting two booths in the facility. She soon became one of the best sellers.

"I did so well, I ended up with six booths," she said.

When the owner decided to sell the business in early 2020, it almost broke Barbara's heart.

"I didn't have a town square growing up in DeSoto and I always loved them," she said, "and I thought oh no, we have to keep this going."

So, she bought the business even as COVID-19 started to become a household name.

"I was scared to do it, but I was more scared not to do it," Barbara said.

She not only bought the business, but invested in a new bathroom and built booths for her vendors to give Barbara's Corner the feel of a true antique mall. She supports her customers, her vendors, and Athens.

"I want to see the town do well, I want to support small businesses," Barbara said. "I go into all these little shops and I support them. Because I want them to do well."

Jana's Boutique
Jana Normandin wanted to create a comfortable space on the square for moms and this mother of seven knows what that means.
"Cute, covered, and comfortable," she said. "I'm a mom, but I want to be stylish still."
Jana has been selling online for four years and developed a definite vision. She wants the average woman to be able to come to her store and get jeans, a top, and an accessory and "be at or under $100."
"I put my hands on every brand before I buy it to make sure it feels nice and it's made well and it is at a good price point," she said.
In addition, she wants to make sure nobody feels left out.
"We serve all body types in our store," Jana said. "I don't want anyone to come in and feel like I don't have something for them."
"I want all women to come in and feel beautiful in something in my store," she said.
Finding that connect with her customers is why Jana opened her boutique. "I like the interaction of working with ladies when they come in. I like being able to make them an outfit for an event," she said.
Jana has already built a great connection with the Athens Square.
"We are extremely excited to be on the square," Jana said. "We adore athens. It has been a great fit for our family. We're happy to he here and I don't see us leaving anytime soon."
Find them:
Coming Soon - Freelancer's Cafe
Paul Benson is building something special on the east side of the Athens Square and he says it is going to be a place for everyone: Freelancer's Cafe.Think competitive gaming, high speed internet, streaming, food, and drinks. Paul is the president of Virtual Communications Specialists, a national technology company based in Athens, and he is looking to bring the best technology to downtown.
"I want to offer people something that's not in the area," he said.In addition to a place where people can play video games and access truly fast internet, Freelancer's Cafe will also include a streaming studio.
"I want the best internet in town," Benson said. "I want it where people can really get some stuff done."The video game portion of the cafe will be special, he said, giving players the chance to make a name for themselves in the gaming world. There will be space for everyone from families to competitive teams to play together.
Don't worry if that isn't your cup of tea, Freelancer's Cafe will also be a place for people who need a high-speed connection for work."I want to create that environment, not only for youth and gamers, but for people during the day," Benson said.

Whether you are at Freelancer's Cafe for gaming or for work, food, and drinks will be available from a variety of vendors.

"I will change the menu every day," he said, adding there were designated hookups for two food trucks at the back of the building.

Maybe more than other local businesses, COVID has impacted Benson's timeline, pushing back the opening of the cafe.

"Industry wide, (technology) imports and exports are slowed down," he said. "There's a shortage or huge lead times on everything."
While he waits for the best tech to become available again, Benson continues to build Freelancer's Cafe into something special.
"We're not just developing the building. We are creating a business concept that doesn't exist, " he said. "When you put all that together, there are going to be a lot of unknowns and things you have to work through, but why would you want to be the same?"